371 miles of travel on this gorgeous Wednesday checking another ballpark off the list and getting Subie and oil change and check up in Milwaukee.

We took off at about 7:30 in the morning to head to Milwaukee. We passed by the county where the documentary Making a Murder was filmed 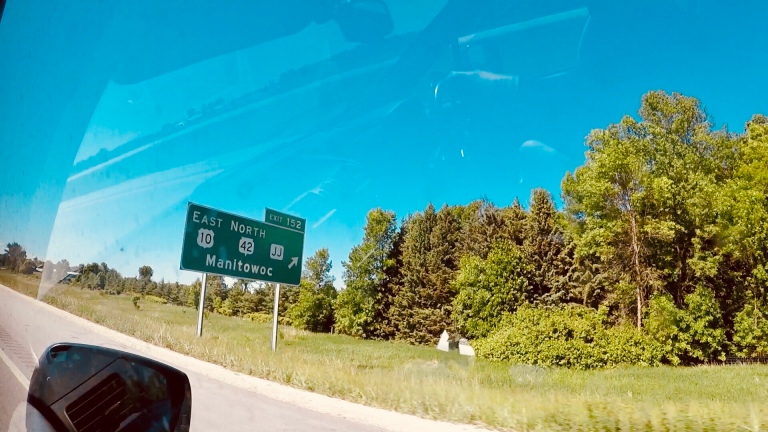 The Brewers had a Day game so we wanted to make sure we got to the Subaru dealership with plenty of time to get to the game. 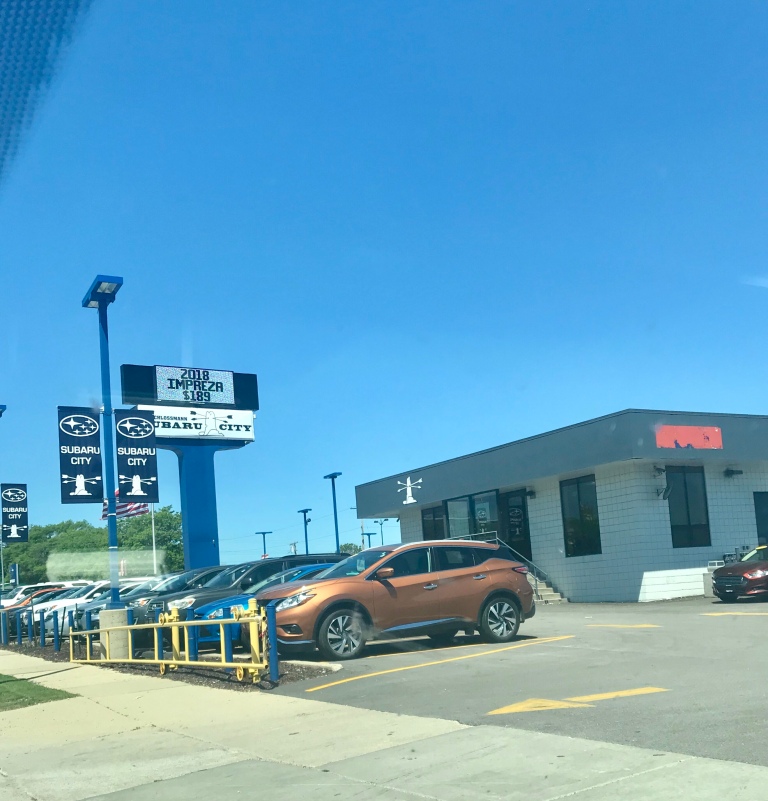 And we did. We dropped Subie off with the dealership asking for an oil change and overall check up of major components including the suspension from all the national park roads and beatings it’s taken in the last couple weeks (all ended up being fine I’m just going to need new tires before winter).

We ordered an Uber and headed off to the game.

Per usual traffic was nothing compared to getting into Fenway on a week day. The stadium was swarming with Cubs fans. Literally buss loads of them.

We were able to walk up to the ticket booth and get tickets for the game at only $25 each. 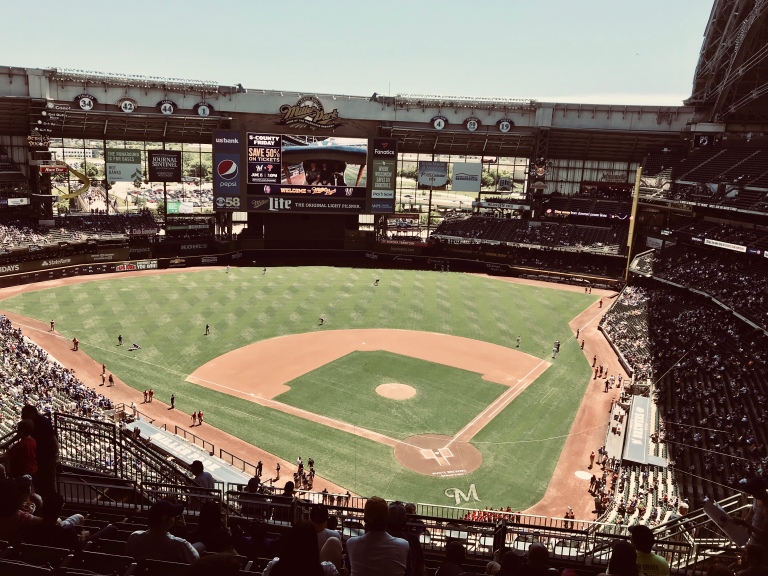 {Chris — Miller Park is the first stadium we have been to with a retractable roof, it was open today but it still felt a little different having the high walls/roof over head. I don’t know why really, but the game experience felt different to me, maybe it was the dome feel? It was a surprisingly clean stadium and a nice ballpark to go to. Again, they had more updates to enhance the fan experience. This park also allows you to bring in a small soft cooler with your own food and drinks.

The game atmosphere was totally different being that there were so many Chicago fans there, I’d say about 60%. We were able to see the mascot slide tradition after a home run was hit. And we were able to see a live ‘coming home’ story where a member of the military surprised his kids on the field for the hero of the game presentation. Overall, it was a nice up to date ballpark, but oddly didn’t really feel like a ball park .. it didn’t have that typical walking up to a stadium seeing the lights, hearing the fans the cracks of the bat, the announcers, you’re just walking up to a dome. }

After a home run (watching the macott go down the slide) and a few additional innings we got up to walk around.

I’ve found that most stadiums have a lot of room to hangout outside of your seats. With high top tables to have a drink or eat at and general socializing areas. As Chris said more things to enhance the fan experience beyond the game. 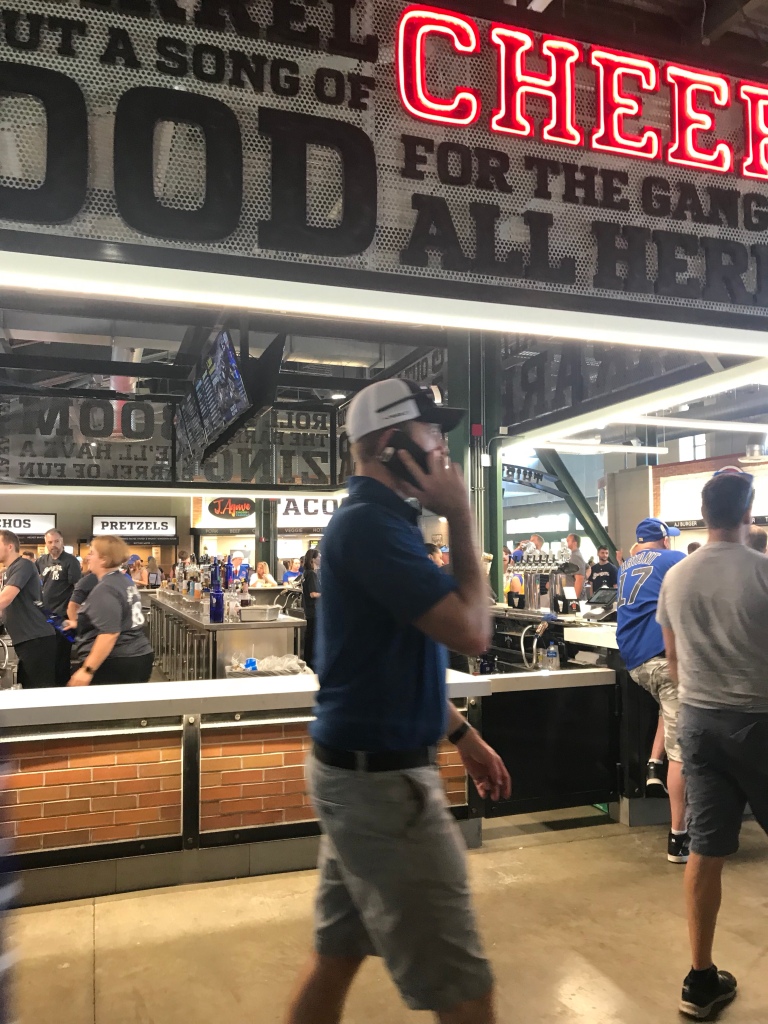 Milwaukee, Wisconsin true to their character had a huge bar in the middle with numerous local beers.

After a helmet ice cream, we headed out. 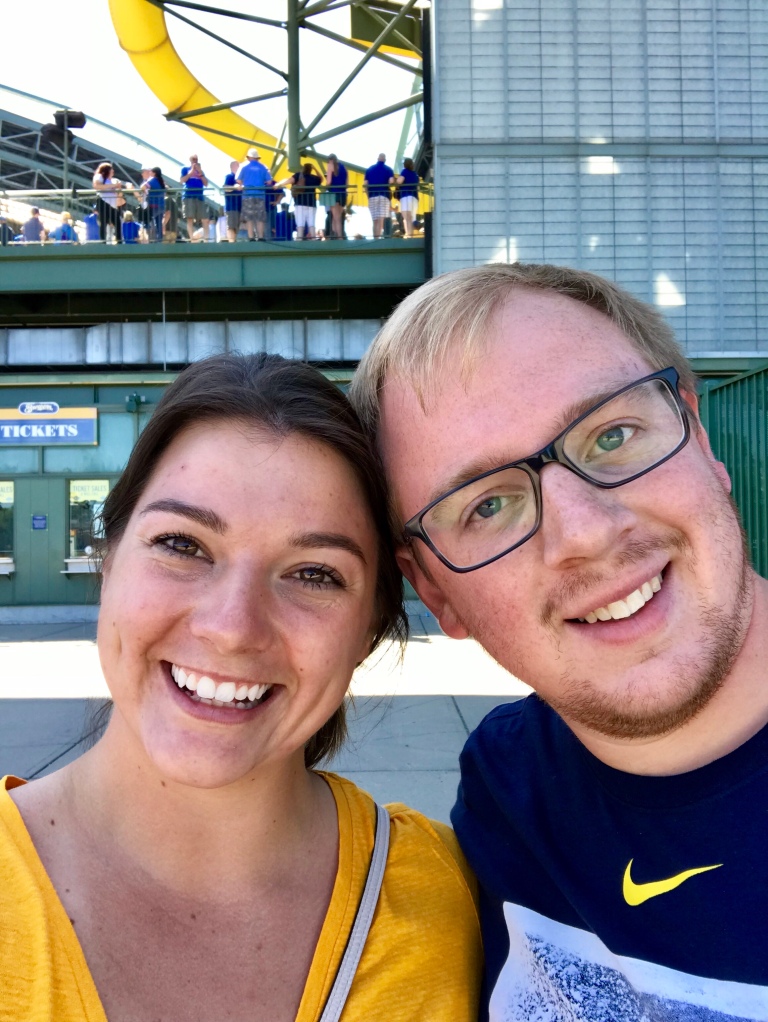 Another thing that many stadiums have adapted to is the Uber/Lyft/Ride share trend. Miller Stadium had this down to a science. They dedicated a small lot for the drivers to go to. You just walk out there order your Uber and get on in the right car. They are all lined up and ready.

Our driver chatted to us about the game and how many Cubs fans come to these away Ames because it’s easier and cheeper to come here than it is to try to get to Wrigley. I guess I didn’t realize how close Chicago was (about an hour and a half). 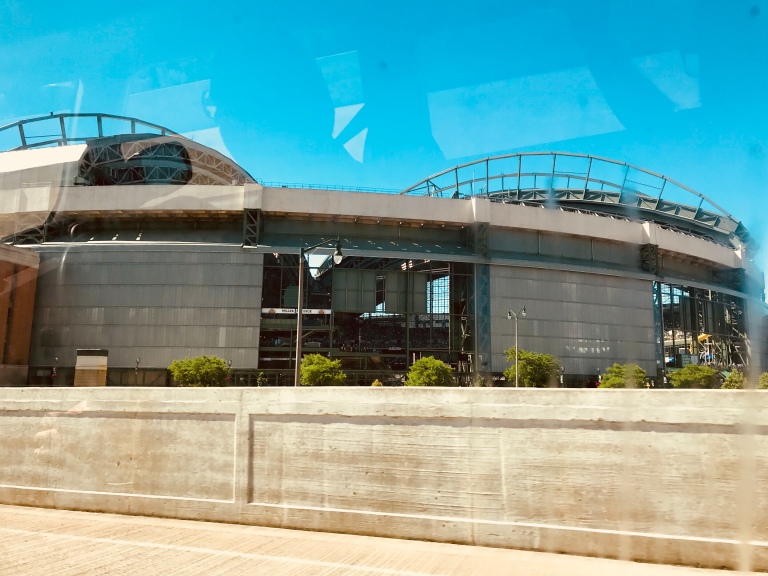 We asked our Uber driver about the area and he told us about all the festivals they had and told us we should really come experience them some time as they are some of the biggest in the world. We just might be back someday!

Typically with an oil change they wash your car, but with the ‘turtle shell’ (as we call it) on the car the past two places haven’t been able to. We have done our own car washes and used some big wipes,but there is no way to keep up with the amount of bugs that build up. Especially through all the farm land areas. 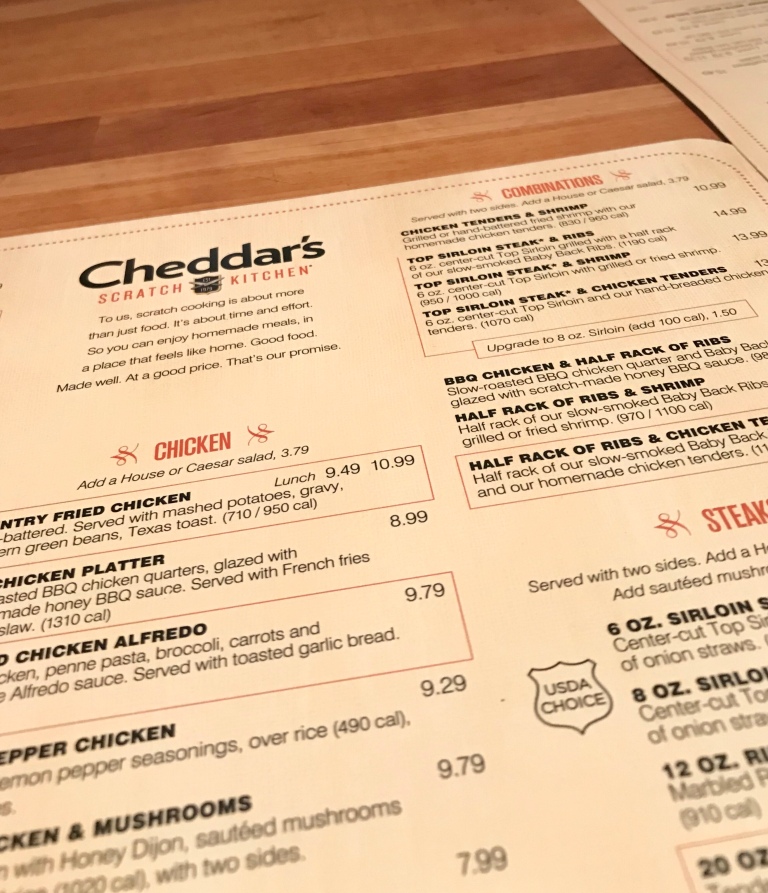 This place was delicious. It’s a Scratch Kitchen meaning everything on their menu they make from scratch. We tried the cheese curds that are very common in restaurants here, and they were delicious!

And decided to have a couple drinks with dinner. Mine came with cactus juice which I had no idea what it was, turns out it’s a shot .. eek.

We were shocked how reasonably priced everything was at this restaurant, especially for a scratch kitchen. We highly recommend it if you’re in the area – it’s right by a Premium Outlet mall.

We explored the area a little while we looked up a place to stay for the night.

And found a place right over the Indiana boarder about 3-4 hours from our destination tomorrow. Passing by the White Sox stadium where there was a game going on (we’ve already been), but that stadium is always empty since it’s so huge with a smaller fan base. 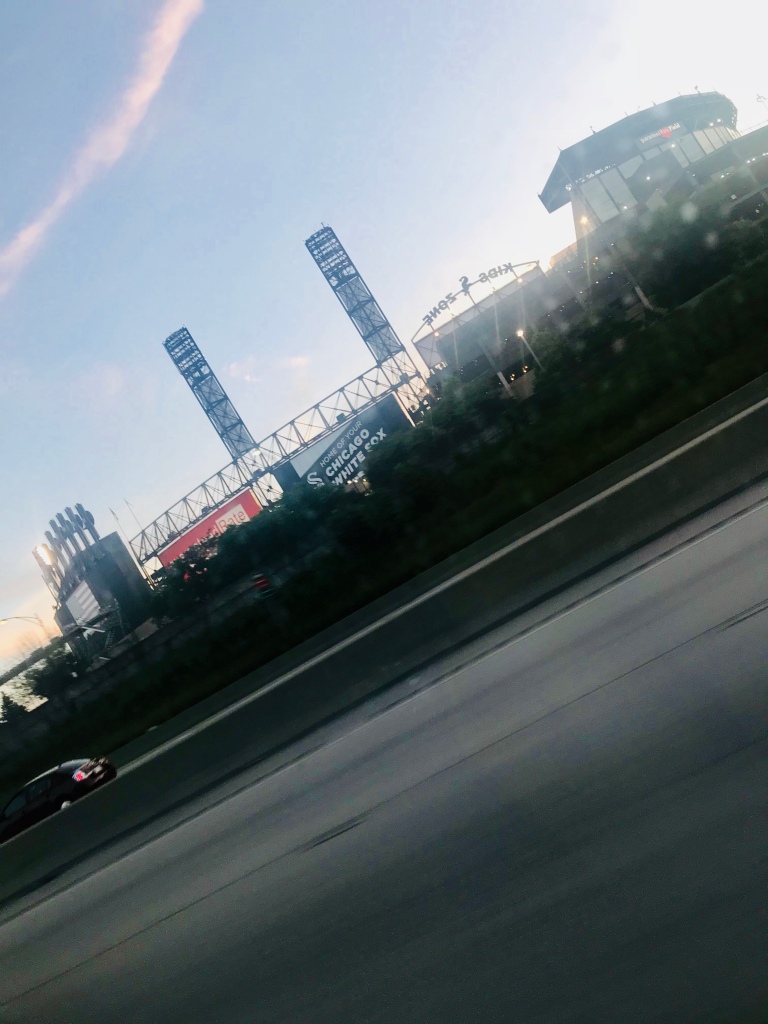 And crossed over another awesome bridge to cap off the night. 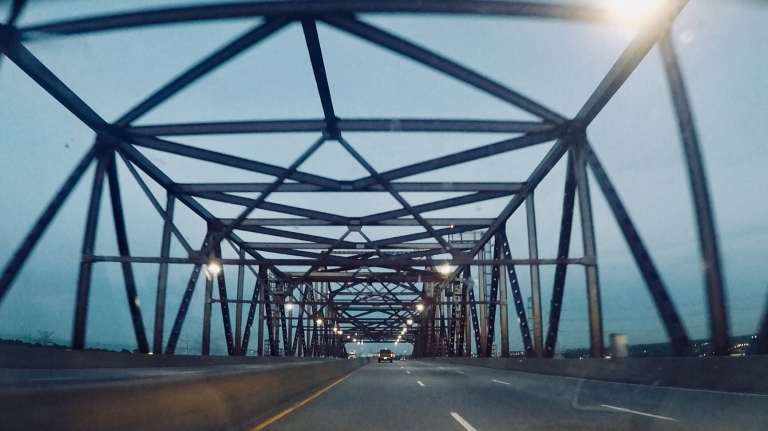