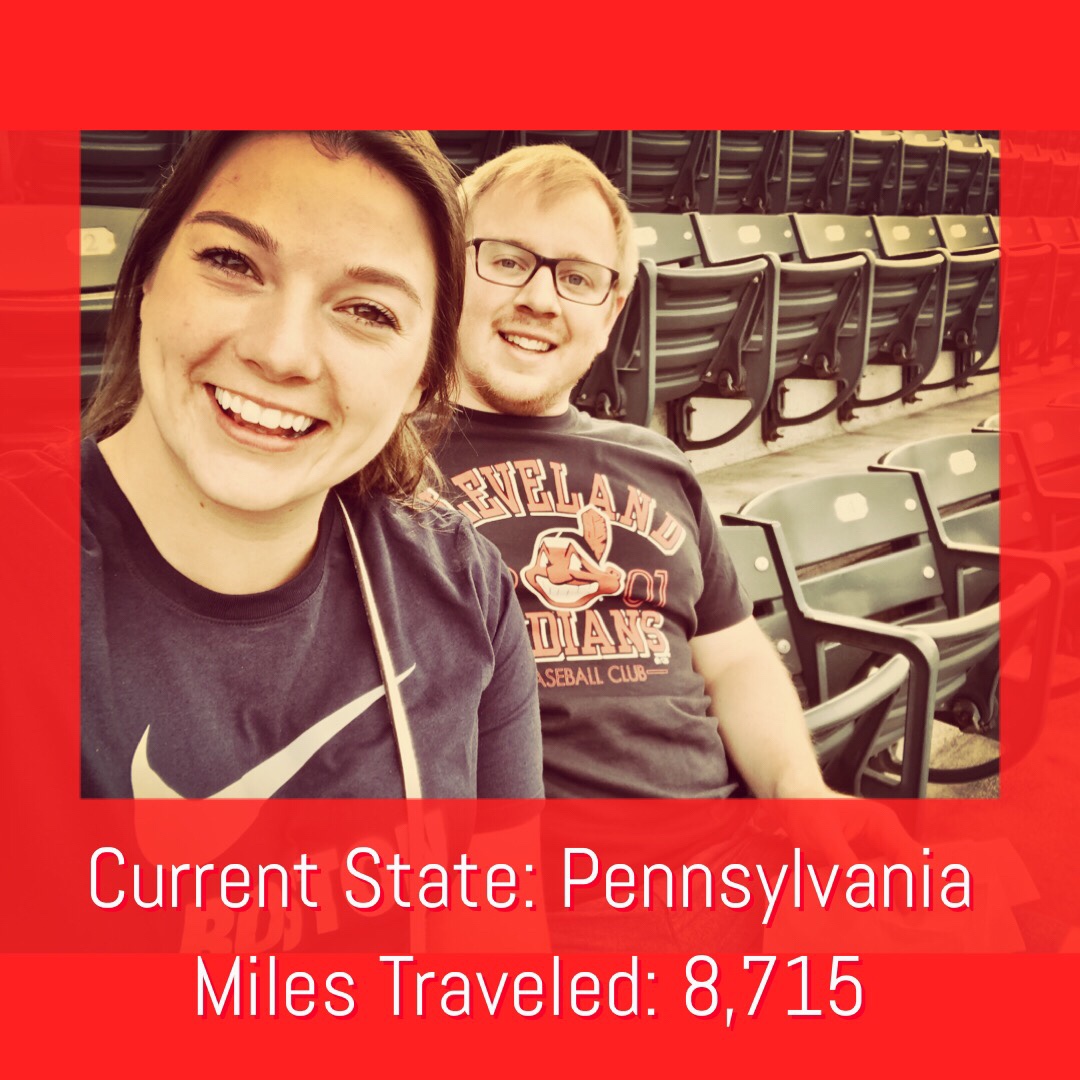 A lite 225ish miles traveled today hitting another ballpark, a morning at the movie theater, and moving another state closer to New Hampshire.

Staring off the day we were already pretty close to Cleveland – and the Indians game wasn’t until 7, so we had some time to kill. We decided on a morning showing of Incredibles 2 at a local theatre. The theatre was in an outdoor shopping mall which was perfect to walk around after. 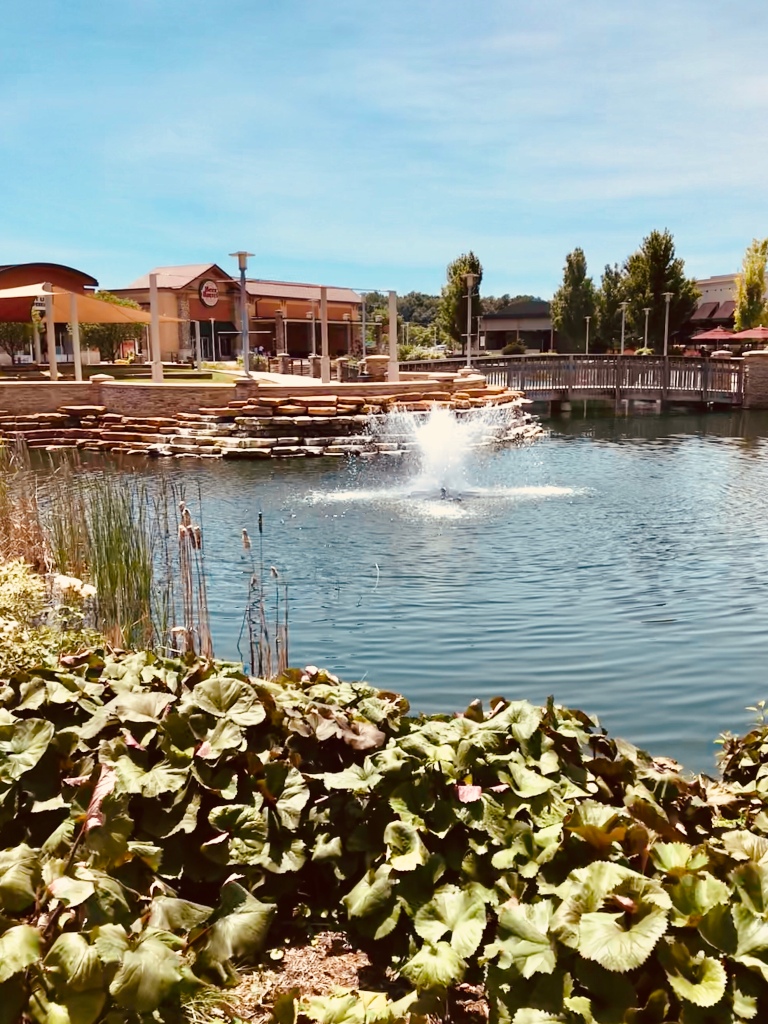 We stopped in Barnes and Noble to find our next book to listen to on the final trek home, and I needed a new journal.

We came across this basket which we thought was really cool – there’s only a bit of information about the book wrapped up and you pick it based off of that info. We didn’t get one since we are audio-booking it, but thought it was a great idea.

We stopped in one of the restaurants, Beer Barrel, for lunch before hitting the road.

Still having time to kill we stopped at a DIY car wash and tried to get as many bugs as possible off of Subie, I’m not sure my windshield will ever be the same after this.

The drive over to Cleveland was quick, we got to the park about an hour and a half before game time.

We wandered around the park checking out all the different amenities they offered – from the wide variety of food, to small lockers you can leave your stuff in, phone charging lockers, etc.

It happened to be Dollar Dog night, people were literally walking around with mounds of Hot Dogs. It was pretty comical, and we had to partake (with a MUCH smaller ‘mound’ than many others). It says limit 6, but people definitely got back in line or each person got 6. It was wild haha. 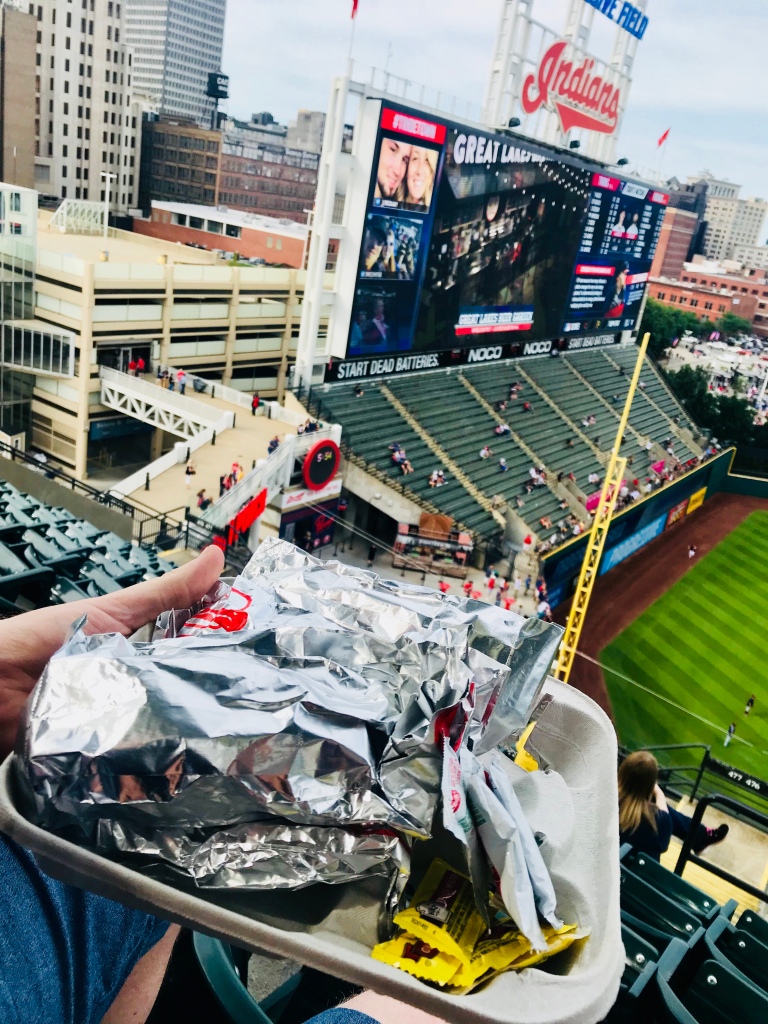 These seats we were in on the upper deck were definitely Fenway style. A tight fit for even tiny people. We had the Isle so that was a huge relief. My seat needed up being broken and was tilted to the left, so that was interesting and pretty comical.

Chris says: this park has the most ‘baseball atmosphere’ that we have been to on this trip. He’s not sure if it was the night time game vibe, the fullness of the stadium or what, but “it felt right to me”. Many of the ballparks we have been to do a lot with entertainment between innings and have these huge screens they use throughout the game maybe something Fenway will catch up on. He also agrees that the parking lot attached to the stadium was a “prime time move right there”. “We had the perfect night to see one of the best pitchers in baseball and dollar dog night, saw some home runs, basically the perfect baseball experience, it felt right.” 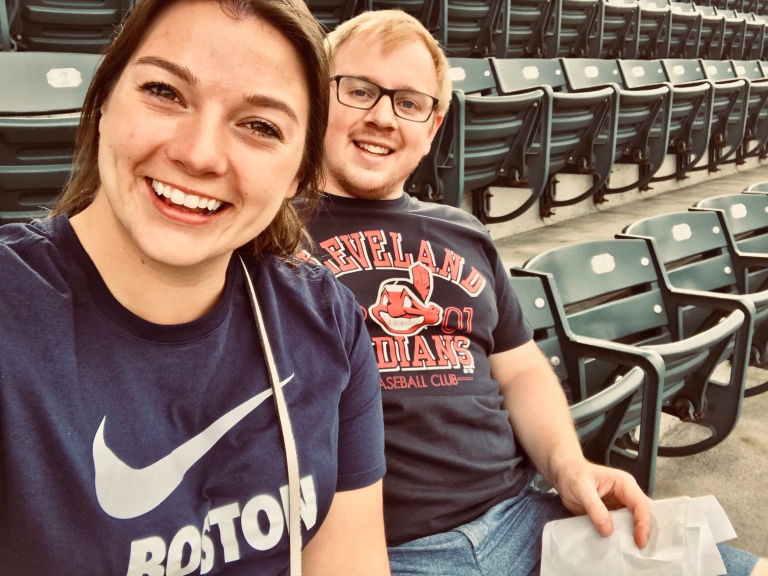 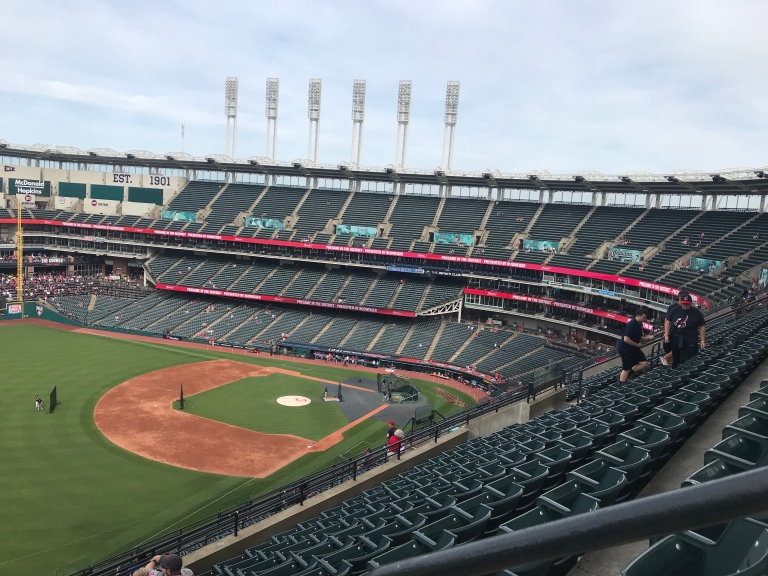 It was the perfect night for a ball game. Gorgeous weather.

It seems like we have been following the Minnesota Twins as this is the third game out of the four we have been to where they were playing.

Cleveland is one of the city’s where all of their sports team complexes are in the same area.

And there’s a lawn and area outside where people were sitting and listening to the game. It’s a pretty cool set up and seems to add to the energy and atmosphere. We can only imagine what this place looks life during playoff time.

The night stayed clear and perfect as we made our way to Pennsylvania.

Things are winding down, but thank you for sticking with us on the home stretch.